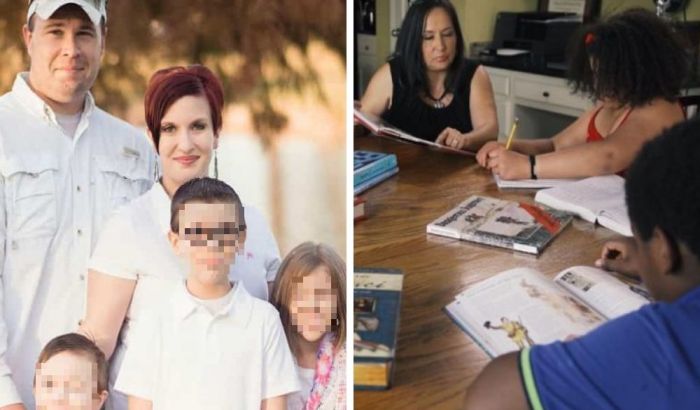 Texas Child Protection Services (CPS) has recently come under severe scrutiny for taking children from good families - many of them CHRISTIAN and HOMESCHOOLING - without justification.

In some instances, CPS has even admitted they did not follow proper procedure, but the children still remain separated from their families!

This is an explicit violation of parental rights and it needs to STOP!

And, while we wish, in no way, to put children at risk, we must also point out that, because of the current lack of state supervision over the CPS, the agency is, in many cases, abusing its authority by removing children from good and loving families.

That's why this petition demands that the Texas State Legislature support legal reforms which would increase accountability and add structure to the requirements for removing children from their parents.

It would appear that Texas CPS is currently targeting families that support traditional values and morals, especially homeschooling families. Although it is not a crime to homeschool in Texas, CPS appears to be using it as an excuse to remove children from their families.

If this can happen in a relatively ‘conservative’ and ‘pro-life’ state, imagine what will happen across the nation if this is allowed to continue. [NO MATTER WHERE YOU ARE FROM, please feel free to SIGN this petition!]

But, there is hope.

In fact, this issue was recently raised by the Texas State Legislature.

Although House Bill 3331 failed to pass the house last session, it outlined changes to CPS that would increase accountability and add structure to the requirements for removing children from their parents.

Specifically, the bill seeks to increase the ‘standard of evidence’ required before the court can approve removing a child from their home.

Finally, the bill would also make CPS subject to sanctions for accusing families or removing children without evidence.

Currently, in Texas, it would appear that parents are considered guilty until proven innocent. This blatant disregard for parental rights and targeting of conservatives MUST STOP.

To that end, this petition will be sent directly to the leaders of the Texas State Legislature, and CC'ed to the Texas CPS, the Texas Attorney General, and the Texas Governor.

The state of Texas should not tear down family values by allowing CPS to deny parental authority and remove parents' ability to protect their children.

Again, NO MATTER WHERE YOU ARE FROM, please feel free to SIGN this petition! We need to ask Texas to become a role model, for the rest of the nation, in respecting parents' rights!

Thank you for signing this urgent petition!

Here are a couple recent examples of instances where Texas CPS clearly exceeded their mandate.

1) In 2013, SEVEN children were removed from the Tutt Family without any evidence of neglect or abuse. At the time, the Tutt’s had 5 biological children, 3 adopted children, were foster parents, and were in the process of adopting a child. And, the Tutt Family homeschooled all of their children.

But, after their 4-year-old child with autism climbed over a 5-foot fence, wandered around the neighborhood and soiled his pants, all while his 8-year-old brother following him and tried to convince him to come home (while their father searched for them in his car), a police officer referred the CPS to the family.

Astonishingly, the CPS caseworker ordered a psychological evaluation for Mrs. Tutt stating, "Nobody in their right mind would want to stay home all day with so many children!" And, a judge held an illegal hearing, without informing the parents, and ordered the children be removed from the Tutt’s care.

The result: The children were eventually allowed to return home, but.....only after a lengthy and costly court battle.

And, in another example of the Texas CPS meting out harsh treatment without cause, four-year-old Drake Pardo was forcibly removed from his parents’ home only two months ago, on June 20th, after his parents changed his doctor.

The CPS caseworker and supervisor admitted under oath that they did not follow the proper steps for removing Drake AND the physician who signed the CPS inquiry form stated that she did not think Drake needed to be removed, and yet Drake remains in CPS custody.

The Pardo family has filed multiple requests in court that Drake be released, or at least given to a family member, but these have all been denied

The result: The family are now taking the case to the Texas Supreme Court, but remain separated from their 4-year-old.

In the next step you'll have the option to send a postcard to Leaders of Texas State Legislature.

To: Leaders of Texas State Legislature

We, the undersigned, ask that you make reforming Texas Child Protective Services an immediate priority.

While we wish, in no way, to put children at risk, we must also point out that, because of the current lack of state supervision over the CPS, the agency is, in many cases, abusing its authority by removing children from good and loving families.

In 2013, the Tutt Family was tragically separated from all seven of their children (some of whom are adopted) for several months due to a CPS caseworker's concern that any mother would want to stay home with that many children.

It took years for the Tutt’s to finally be reunited with their adopted children.

Currently, the Pardo family has had to appeal to the Texas Supreme Court after lower courts refused the return of their 4-year-old son, who was illegally removed from their home by Texas CPS.

Can you imagine the trauma inflicted on a 4-year-old in forcibly removing him from his parents?

In addition to that, there are numerous other cases of CPS’s abuse of parental rights.

CPS removes children without complete evidence and places them in the foster homes where there are recorded cases of verbal, physical, emotional, and sexual abuse of children in these homes.

The disregard shown by Texas CPS for parental rights is completely misaligned with the ‘conservative’ values the state purports to stand behind.

Family is the basic building block of society. Disrespecting the family by denying parental rights will result in a nanny state, which no one wants.

This cannot wait even another minute!

We, the undersigned, ask that you support Texas House Bill 3331 and make the protection of parental rights a serious priority in the upcoming legislative session. We will not back down or be silent until reform happens.